Sharing Thanks for Graduation and moving forward!

June 25, 2013
Most of the time I share thanks about the little small joys of life. Today I'm going to share thanks for a milestone! Sunday was a beautiful sunny breezy day to graduate on the football field. It was a joyful day as I watched my daughter Liz walk up to receive her high school diploma. The moment was special for her, in the distance I saw her wipe away a tear as she walked back to her seat on the football field. Congratulations to all the graduates of the class of 2013! You are our future and have the power to change and shape our world for goodness. Here is what I was thankful for on Sunday!
I want to thank everyone who has been sharing what they are thankful for in the comments. Your comments always inspire me. Share something your thankful for today!
Class of 2013 graduation Gratitude Michelle Christy No Limits Theater Group SOCAPA The Children's Hearing Institude The Crawford Agency

Thanks for sharing your gratitude!

Best of Sharing Thanks 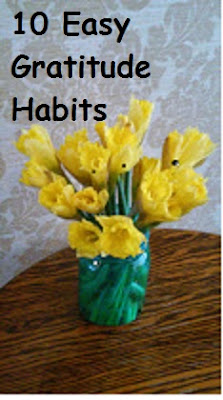 Gratitude is scientifically proven to make us happier. I've put this Top Ten List together to help jumpstart your gratitude habit! This new thankful attitude will help your mind focus on the little joys available to all of us everyday. These suggestions are easy to do! Share your experiences in adapting some of these thankful habits. Wake up Thankful: When you open your eyes, Say thank you, thank you, thank you! You are alive, and the new day is filled with possibilities for you! Take time to stop and smell the coffee! Take the time to breathe in the sweet aroma of a cup of coffee, or home made blueberry muffins.  Enjoy your morning shower. Is there anything better than clean hot water streaming down on you, especially on these cold winter days. Be thankful for the clean water we have. Take a gratitude break. Incorporate a 1 minute break by taking a deep cleansing breathe and think of something your thankful for in this small moment of peace. Give thanks for your food
Read more 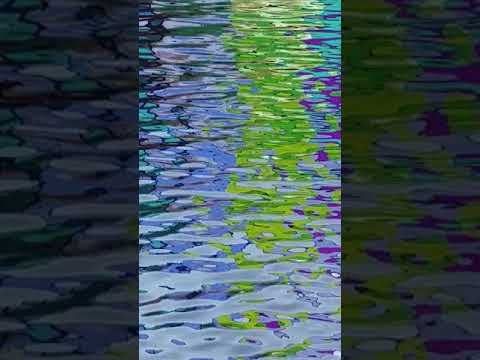 I love sharing beautiful spaces with fellow friends who appreciate the impact of art fused with nature. So thankful to my friend Liz who invited me to go see the current Chihuly exhibit at the New York Botanical Gardens. I loved how Chihuly's pieces enhanced the beauty of the main greenhouse exhibits. We were blessed with a crisp fall day with blue skies. I took this video to capture the wave of colors undulating that looked like painter's brush strokes in the water. Below is the glass work that made these beautiful reflections. If you live in the New York area I recommend you go to the New York Botanical Gardens to enjoy this artist's brilliant work. The NYBG also has some fun fall displays. My friend and I enjoyed posing with pumpkin man. Below are a few more pictures from the greenhouse that illustrate how well this artist's work merges with nature. Hope you are enjoying this autumn season. Please share a fall activity that your thankful for! If
Read more

Sharing Thanks for reading what's on My Bookshelf: March Reads "10% Happier" by Dan Harris and "Is Everyone Hanging Out Without Me? By Mindy Kaling

I am always thankful to read a good book. So I am going to add a new feature to Sharing Thanks. Every month I am going to share what books I'm reading! These selections are books I fell in love with over the month. They either provided me with inspiration, comedy, or wild imagination. I love reading while I'm soaking in a hot bath. I also love to read while I am waiting. I am happier waiting if I have a good book. It turns down time in to a learning time for me! This month I loved reading, " 10% Happier" by ABC Nightline reporter Dan Harris.  Don't we all want to be at least 10% Happier. This is a great read as Dan Harris has interviewed many self-help gurus over the years like Eckart Tolle, Deepak Chopra, and even the Dalai Lama. I enjoyed reading about how Dan Harris started practicing meditation. He has some great instructions in the appendix of his book about beginning a basic mindfulness meditation practice, as well as how to do walking meditat
Read more 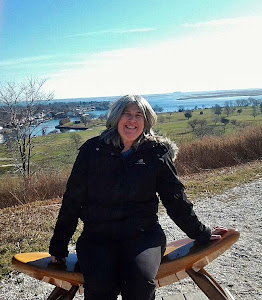 Sitting at my favorite smile chair view at Norman Levy Preserve. I enjoy sharing thanks with everyone. I'm PR Friendly, love movies, music, theater, traveling, art, books and cool products! You can contact me at sharingthanks@gmail.com

This is a collection of famous quotes on gratitude.

"It is essential to learn to enjoy life. It really does not make sense to go through the motions of existence if one does not appreciate as much of it as possible." - Mihaly Csikszentmihalyi, Author of "Flow"

"For each new morning with its light, For rest and shelter of the night, For health and food, for love and friends, For everything Thy goodness sent." - Ralph Waldo Emerson - writer

"When we develop a right attitude of compassion and gratitude, we take a giant step towards solving our personal and international problems." - H.H. Dalai Lama, Tibetan Spiritual Leader

"I like living. I have sometimes been wildly, despairingly, acutely miserable, racked with sorrow, but through it all I still know quite certainly, that just to be alive is a grand thing." - Agatha Christie, English Writer

"We need to make our thanks personal, real and specific, so we can continuously remind ourselves that we've been given so much more than we deserve." - Rabbi Marc Gellman, God Squad Columnist

"Let's be grateful for those who give us happiness; they are the charming gardeners who make our soul bloom." - Marcel Proust, Philosopher

"We tend to forget that happiness doesn't come as a result of getting something we don't have, but rather of recognizing and appreciating what we do have." - Frederick Koenig, Inventor